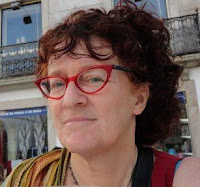 Susan Gerofsky, Associate Professor of Mathematics Education at the University of British Columbia, Canada, brings experience from many fields to mathematics education. Her research is in embodied, multisensory, multimodal mathematics education through the arts, including poetry, dance and movement, film, theatre, gesture and voice. She also works in garden-based environmental education, language and genres of mathematics education, and media theory. She holds degrees in languages and linguistics and mathematics education, and worked for years in film production, adult education, and as a high school teacher. She speaks several languages, is an active musician, and a published poet and playwright. She contributed to the award-winning book, Poetic Inquiry: Enchantment of Place (Vernon Press, 2017) and has a verse play published in The Mathematical Intelligencer https://link.springer.com/.../10.1007/s00283-018-9818-2.... 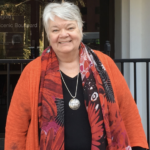 Jane Piirto is a retired professor of education. She is Trustees’ Distinguished Professor Emerita from Ashland University in Ohio, USA.

Jane has traveled to six continents (except for Antarctica) to speak, consult, and visit as a tourist. She is a constant reader. A movie buff, for years she taught a capstone graduate seminar called Teachers in Film. She is a news junkie. She also enjoys watching television and subscribes to several cable and streaming services.

Jane is the recipient of the Mensa Education and Research Foundation Lifetime Achievement Award, and the National Association for Gifted Children Distinguished Scholar Award. She has published many articles, studies and chapters in peer-reviewed books and journals. She is on the editorial boards of several scholarly journals.

Jane received an honorary Doctor of Humane Letters from Northern Michigan University, her undergraduate alma mater. She has been a member of the Board of Directors of the National Association for Gifted Children, was the recipient of a Distinguished Achievement Award from the Ohio Association for Gifted Children and was named an Ohio Magazine Distinguished Educator. She has received the Torrance Creativity Award and the Creativity Award from the World Council for Gifted and Talented Children. She has taught and worked with students at every grade from pre-K to doctoral levels. She is a former principal of the Hunter College Elementary School.

Jane has received Individual Artist Fellowships in poetry and in prose from the Ohio Arts Council, and her poems have been nominated for a Pushcart Prize. She is a past chair of the Ohio Arts Council Literature Panel. She is listed in the Directory of American Poets and Writers as both a poet and a writer. She has received over $1 million in grants from educational entities, most notably the Ohio Department of Education.

Jane is the author of 14 books, 6 chapbooks, and one edited book. Her single-authored books are Creativity for 21st Century Skills, Understanding Creativity; “My Teeming Brain”: Understanding Creative Writers; Understanding Those Who Create(two editions); Talented Children and Adults: Their Development and Education (3 editions). She co-authored Luovuus (Creativity). Literary books available on Kindle and Nook are The Three-Week Trance Diet (novel); A Location in the Upper Peninsula (collected poems, stories, essays); The Arrest (novel); Labyrinth (novella). Also available on Kindle and Nook are Guidance and Counseling the Gifted and Talented; and The Piirto Pyramid. Her poetry books are Saunas and several poetry chapbooks.

Jane lives in Columbus, Ohio, and Ishpeming, Michigan. She has two children and one granddaughter. 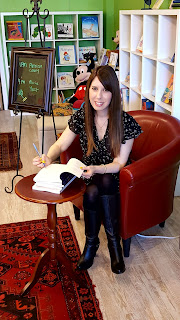 Patricia Leavy, Ph.D. is a bestselling author with a background in sociology. She was formerly Associate Professor of Sociology, Chair of Sociology and Criminology, and Founding Director of Gender Studies at Stonehill College in Massachusetts before leaving academia to write full time. She has published over twenty-five books, selling over one million copies worldwide, earning commercial and critical success in both nonfiction and fiction including earning numerous bestseller and instant bestseller certifications, and her work has been translated into many languages. She is also series creator and editor for ten book series with Oxford University Press, Guilford Press, and Brill-Sense, including the ground-breaking Social Fictions series. She is also cofounder and co-editor-in-chief of Art/Research International: A Transdisciplinary Journal. A vocal advocate of public scholarship, she has published hundreds of blogs and op-eds, is frequently called on by the US national news media, and more than one hundred media profile and interview pieces have been written about her pioneering work. She has received numerous accolades for her books. Recently, her novel Spark won numerous awards including the American Fiction Award for Inspirational Fiction and the Living Now Book Award for Adventure Fiction. She has also received career awards from the New England Sociological Association, the American Creativity Association, the American Educational Research Association, the International Congress of Qualitative Inquiry, and the National Art Education Association. In 2016 Mogul, a global women’s empowerment network, named her an “Influencer.” In 2018, she was honored by the National Women’s Hall of Fame and SUNY-New Paltz established the “Patricia Leavy Award for Art and Social Justice.” She has residences in Maine and Massachusetts where she lives with her husband, daughter (when she’s not away at college), and her dog.