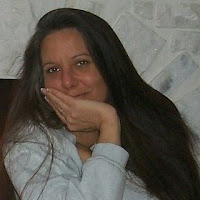 Connie Kinsey is a former military brat who has put down deep roots in a converted barn on a dirt road in West Virginia. She lives with two dogs and a cat, and is pursuing happiness, one cup of coffee at a time.
Her memoir of her 4th grade year during the Vietnam War won the West Virginia Writer’s Annual Contest in 2015. It is published at Longridge Review https://longridgereview.com/connie-kinsey/. Her short story, Second Hand Smoke, also won the West Virginia Writer’s Annual Contest and is in the process of being published as a podcast by Golden Walkman.
Connie studied anthropology, philosophy, and creative writing at Marshall University. She tells folks she has a degree in trivia. She achieved her degree after a misspent youth and considers her tenure as a middle-aged student some of the best years of her life. She has one child, a son, who is a chef. She likes to say she taught him everything he knows. It’s not true, but she likes to say it. She works fulltime with a children’s charitable nonprofit.
She blogs now and again at http://wvfurandroot.com and is wild about comments.
at May 25, 2019
Email ThisBlogThis!Share to TwitterShare to FacebookShare to Pinterest
Labels: Creative Non-fiction, Literary Fiction
Newer Post Older Post Home