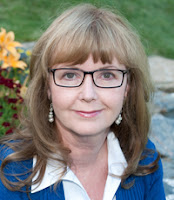 I am 68 and retired from my journalism career. My first historical novel was published by Dundurn Press in Toronto four years ago, about a young Canadian woman who joins the air force in World War Two and becomes an interpreter of aerial photos. Bird's Eye View went on to become a Canadian bestseller!
I was so thrilled that I self-published an anthology of interviews I had done with war veterans, and then went on to write another historical novel about pioneer life in northern Alberta, titled Wildwood, which was published by Dundurn Press in 2018.

Marketing has been a big component of my life in the last few years, but I also continue to write a very extensive blog called Letters From Windermere, a collection of news, notes, and nostalgia for people who love the past. You can read more than you ever wanted to know about me here: